Each year, the state of Missouri’s Department of Mental Health selects three individuals to receive an award as a “Mental Health Champion.”

The award recognizes an individual living with mental illness, developmental disabilities, or in recovery for substance use disorders.  This distinguished award is presented to individuals who make a positive contribution to their community, exemplify commitment and resiliency, and whose actions have increased the potential for independence in others with similar challenges. 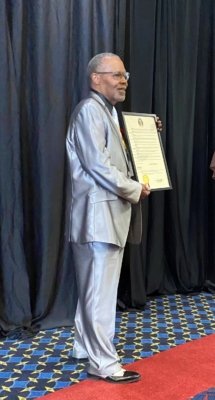 Swope Health is proud to announce that William Chaney, a Peer Specialist at the Imani House, is one of the 2022 winners. He received his award at a celebration May 2 in Jefferson City, MO.

The award program shared his story:

William began using alcohol and drugs early on and continued to use for several years of his life despite the hardships he experienced. In July 2009, he made the courageous decision to enter treatment.

Mr. Chaney entered Swope Health’s Imani program to learn a new approach to life, because in his words, “he was tired of being ugly.” His graduation from treatment did not mark the end of his journey, but the beginning.

After graduating, Mr. Chaney showed up every day, volunteering countless hours to help his peers, clean the building, and provide support with no compensation. He would tell staff, “You are going to hire me one day,” even though there were no job openings.

After 5 years of volunteering, he was hired as Imani’s first Peer Support Staff where he has now worked a total of 12 years and is the head of the Imani Alumni Program.

Recovery is Mr. Chaney’s passion, and he lives it every day. He displays a positive attitude, going above and beyond, and using his story and the “Truth about Drugs” curriculum to show clients and youth in the community that they can overcome any addiction and become productive members of society.

“Mr. Chaney has a big heart, but his passion for recovery is bigger.”

After receiving his award, Swope Health hosted a reception for him, too, giving colleagues a chance to celebrate with him. 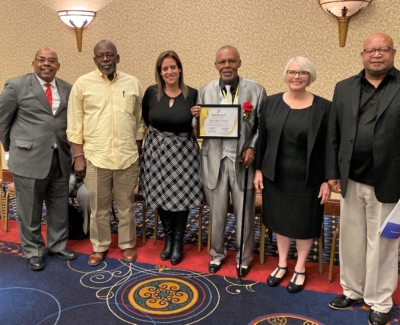 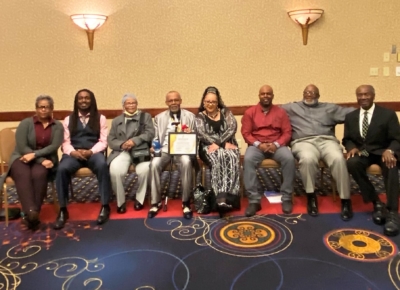 Mr. Chaney, center, with members of the Imani House team, and with his family.

Fast, easy scheduling: Call or Walk in
Scroll to top