Each year, more than 41,000 people die by suicide, leaving grief-stricken and broken-hearted family, and friends, and community members in their wake.

The National Alliance on Mental Illness (NAMI) designated September as National Suicide Prevention Awareness Month, a time to call attention to the issue of suicide. At Swope Health, suicide prevention is a regular part of the conversation between associates and patients.

“Suicidal thoughts can affect anyone at any time,” said Carla Lee, Patient Community and Education Specialist at Swope Health. “These thoughts can come to anyone, at any age, regardless of gender, social or economic status. But that doesn’t mean it’s normal.”

One technique is QPR – for Question, Persuade and Refer. The QPR Institute was established to teach this approach, which is accredited by the National Registry of Evidence-Based Practices and Policies, an agency of the Substance Abuse and Mental Health Services Administration (SAMHSA) of the federal Department of Health and Human Services.

The QPR Institute compares its program to cardiopulmonary resuscitation (CPR) or the Heimlich Maneuver, both of which are widely taught and empower individuals to help save thousands of lives each year. People trained in QPR learn to recognize the warning signs of a suicide crisis and perform an emergency mental health intervention. 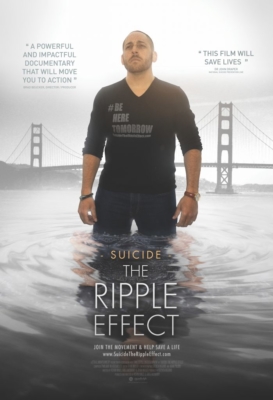 A second program at Swope Health introduced caregivers to Kevin Hines, who attempted suicide in 2000 by jumping from the Golden Gate Bridge. Remarkably, he survived, and his story gained widespread media coverage, including stories on ABC, CNN and The Today Show. He now advocates for suicide prevention and has successfully lobbied for the installation of a net to prevent future suicides at the Golden Gate Bridge.

Hines has appeared at more than 5,000 high school and college campuses to share his talk, “Triumph over Adversity: The Kevin Hines Story.” He has written a book (Cracked Not Broken: Surviving and Thriving After a Suicide Attempt) and launched a non-profit organization that provides funding and education for suicide prevention. In 2019, he released a documentary, “Suicide: The Ripple Effect.”

His message is simple and consistent: “Suicide is never the solution.”

“Place your hand over your heart. Can you feel it?” she asks. “That is called purpose. You are alive for a reason, so do not ever give up. Remember, I care. Swope Health cares.”

Why care? is part of the National Alliance on Mental Illness campaign to encourage support for the one in five adults who experience mental illness each year.

It’s Hard to be a Kid