The Heartland chapter of the National Parkinson Foundation wants to help you find answers about Parkinson’s disease.

What is Parkinson’s disease?
It is a disorder that slowly causes degeneration in the brain, resulting in symptoms including tremors, slowness of movement, trouble with balance, stiffness, mood changes and sleep disorders.  Over time, a person with Parkinson’s can lose the ability to control their movements, body and emotions.

The disease continues its development over years, and while there is no cure, medication and therapy are used to treat its symptoms.

There are more than 10 million people worldwide living with Parkinson’s. More than 60,000 Americans are diagnosed with Parkinson’s each year, but experts believe thousands of cases go undetected.  Treatment can lessen the impact of the disease.

That’s why it is important to know the early warning symptoms of Parkinson’s:

If you recognize any of these symptoms, talk with your doctor. People with Parkinson’s who receive expert care have better outcomes with fewer complications. Parkinson’s affects all aspects of life and can impact your family and caregivers, too. 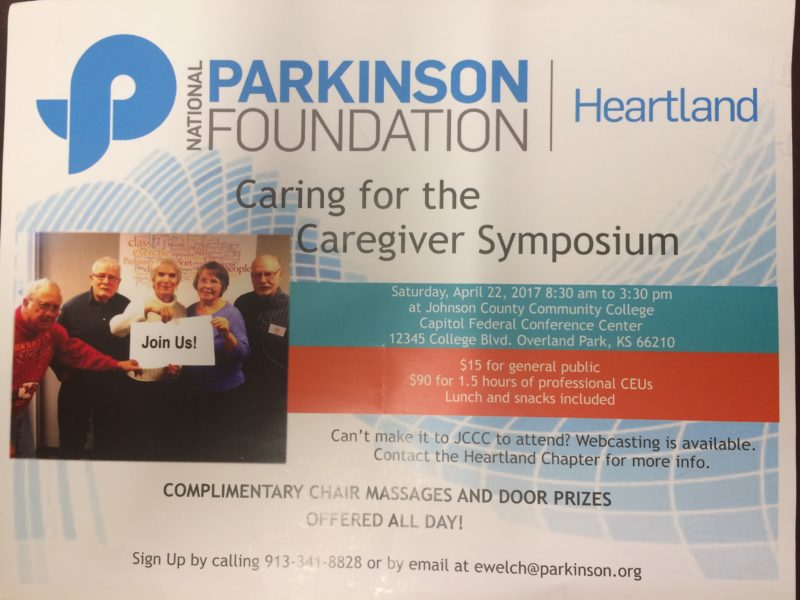 The Heartland Chapter of the Parkinson Foundation, a non-profit organization, is hosting a symposium called “Caring for the Caregiver,” from 8:30 a.m. to 3:30 p.m. on Saturday, April 22, at the Johnson County Community College. The fee is $15 for general admission, and continuing education credits are available for an additional fee. Contact the Heartland Chapter (913-341-8828) to make a reservation or learn more.

James Parkinson: The Doctor Who Discovered the Disease

In 1817, an English physician named Dr. James Parkinson wrote an article called “An Essay on the Shaking Palsy,” which described the six cases he had observed in his own practice in London. He encouraged others to study the disease as a medical condition and to share information to help in its diagnosis and treatment.

Dr. Parkinson was not the first to note the disease. In medical history, there are descriptions of the condition in the Bible, in ancient Egyptian papyrus documents and in 10th century BC Indian medical texts. The famous physician Galen wrote about tremors, lack of movement and other symptoms in AD 175.

But Dr. Parkinson was the first to document it so carefully, describing the characteristic resting tremor, abnormal gait and posture, and diminishing muscle strength and control. Around 60 years after he published his essay, other doctors recognized the importance of his work and named the disease after him. Naming the disease helped differentiate it from other conditions involving tremors or similar symptoms.

Since then, research focused on understanding the symptoms of the disease and learning how it progresses. The Parkinson’s Foundation was formed in 1957 to assist people with the disease and to encourage additional research.  Those efforts continue today with research in the United States and around the world.